My oldest is starting high school next month and it’s bizarre. Wasn’t I just in high school (flips hair over shoulder)?

The last three years have been rough. Seeing him through middle school was a balance between holding my breath, walking on eggshells, and, at times, forcing him out the door in the mornings.

It’s because he hates school.

So much of parenting is mastering the art of choosing our battles, but for the longest time I fought Ryln as he complained about going to school. We knew bullying wasn’t the issue — trust me, we looked into it — he got A’s and B’s, has a solid group of loyal friends. I just didn’t get it.

“You need school,” I’d tell him. “College will be here before you know it.”

“I’m not going to college,” he replied every. single. time.

I remember the first time he said it, worry swept over me like a swarm. Even though some of the smartest — and happiest — people I know never went to college, even though I know that God uses people regardless of their education, I still freaked out.

“College is pointless,” he would call after me as I walked away fretting and wringing my hands.

His mentality, in part, comes from the fact that he’s a teenager and apparently teenagers know everything, but part of it comes from a true place. College isn’t for everyone. 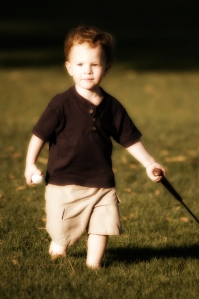 Ryln doesn’t want to go to college because he wants to pursue his passion (I understand that he’s only going to be a freshman, but the years go by lightning-quick). Ryln’s first words were “golf ball” (true story). As a toddler, he’d drag clubs, twice his height, all around the house. In elementary school he took lessons, practiced with his dad, and discovered competitive golf. He spends entire days at the practice facility, honing his skills. He wants to focus on his game after high school and eventually try to play professionally. Frankly, if there wasn’t a golf team at the high school, the next four years would be unimaginable.

I’ve changed my mind about college for Ryln. I edged my way there with tentative steps; now I’m at peace.

A few months ago I was sitting across from him at a restaurant and he was telling us all, again, why school “is so dumb.” I reminded him that I went back to school to get my master’s and how I didn’t think it was dumb. “I don’t get why you did that,” he said. “You’re a phenomenal writer and that’s what you love doing.” John and I exchanged a look; he silently said to me, “See, he likes you.” Ryln’s biased because he’s my kid, but in terms of choosing a “safe path” rather than one with inherent risks — he hit the nail on the head. Kids are brave in ways that adults just aren’t.

Something shifted that day though, and I firmly planted one foot in Ryln’s camp.

A few weeks later I was talking to someone at work and they were asking about my degree program. As I was explaining it to her I said, “I can’t wait to be done. I love teaching, but I really don’t like being a student. I never have.” I have no idea what she said after that because as soon as the words left my mouth, I realized how much like Ry I sounded; I mentally shook my fist toward the heavens. It’s humbling, realizing the annoying things your kids do actually originate with you.

The tipping point came when I was watching a documentary — FINE! I was watching The Voice — and a participant’s mom was explaining that her daughter is passionate about music; even if it meant postponing college, she would support her kid. “As a parent, why wouldn’t you want to see your children step into their dreams?” asked the mom.

“Whatever, random lady from Lansing,” I thought.

But she was right.

Last month I stood on the threshold of Ryln’s bedroom door, one hand on the wall to steady myself, and told him that no matter what, I’m in his corner. “If you want to take a gap year, or (gulp) forgo college all together in order to do what you really love, I’m fine with that.

“And son,” I added, “you have the talent and the dedication to succeed.”

Because relenting and supporting aren’t the same. “Go ahead, do what you want,” isn’t the same as, “You can do this, I believe in you.”

He didn’t know what to make of it at first, but now he knows I’m sincere.

A few weeks later he made a passing comment about going to college if he gets a full ride.

Reverse psychology wasn’t my intention, but I’d be lying if I said I wasn’t a tiny bit relieved.

Either way though, he has our support. Everyone deserves to be cheered on as they step into their dreams. 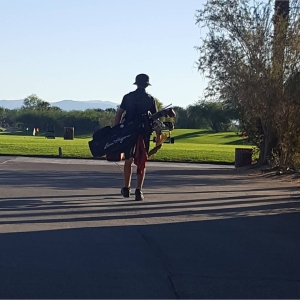 One thought on “Choosing battles and pursuing dreams”